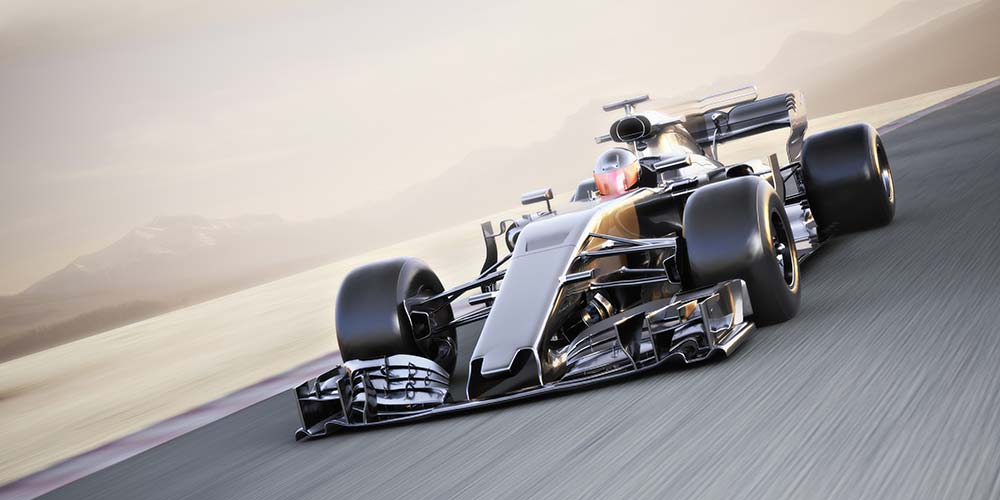 The Minkon-Fortafix Team like a challenge and over the years they've been faced with lots of intriguing customer requests. Many have captured the imagination, others have really made the Team smile and a few have raised an eyebrow or two. No matter the request, the Team has always tried its best to advise customers across a wide range of projects. Most notably, the Team has been called upon to fix magnets to CERN's Large Hadron Collider, has been asked to formulate a suitable thread lock for a nuclear reactor and has been asked to organise an emergency shipment of ceramic adhesive to repair an oven range in a remote part of Scotland just in time to cook a family's Christmas lunch.

One of the Team's most unusual opportunities came with an after-hours call to the office. "Hello, Minkon-Fortafix" was met with a panicked "Can you help, please? We have an issue with one of our vehicles at an event!" It slowly transpired that the vehicle in question was in fact a Formula 1 car and the event was a Grand Prix race. The car's technical team required a sealant which could withstand temperatures in excess of 1,000°C and survive the demands of a gruelling motor race. The technical solution was simply Fortafix Ceramix Compound, however, the issue was that it was required at an airfield in the south of England before midnight so that it could be flown to the racetrack in time for qualifying the next day. Minkon's sales manager readily agreed to drive 240 miles to ensure it got there on time. Not only was the car able to take part but it went on to win the race, earning the appreciation of the team involved.

Some requests for help, of course, have been even more unusual than this and have really left the Team scratching their heads. Some have left customers in fits of giggles once they replayed the request in their head. Stories include the gentleman intent on running an ultra marathon in the desert who wanted a high temperature adhesive to fix Velcro to his trainers. There's the story of a surfer who needed adhesive to fix the 'lino' in his camper van. When he was told that he probably didn't need a high temperature adhesive he replied, "Do you have any idea how unbelievably hot things get in my camper van?" There's also the story of the performance car garage which wanted a suitable adhesive to fix sparkling crystals to the alloy wheels of a Premier League footballer's car. His bling kept falling off every time he used the brake. And, of course, the story of the theme park which requested fireproof coating to spray on an employee dressed as a Zombie so they could set fire to him six times a day.

Rest assured, however unusual or amusing the request, you can put the Minkon-Fortafix Team to the test. Feel free to be as creative as you like...