WHO DO WE THINK WE ARE?

With the development of a new ecommerce website, due for launch in December, managers at Fortafix have discovered the brand is significantly older than first thought. 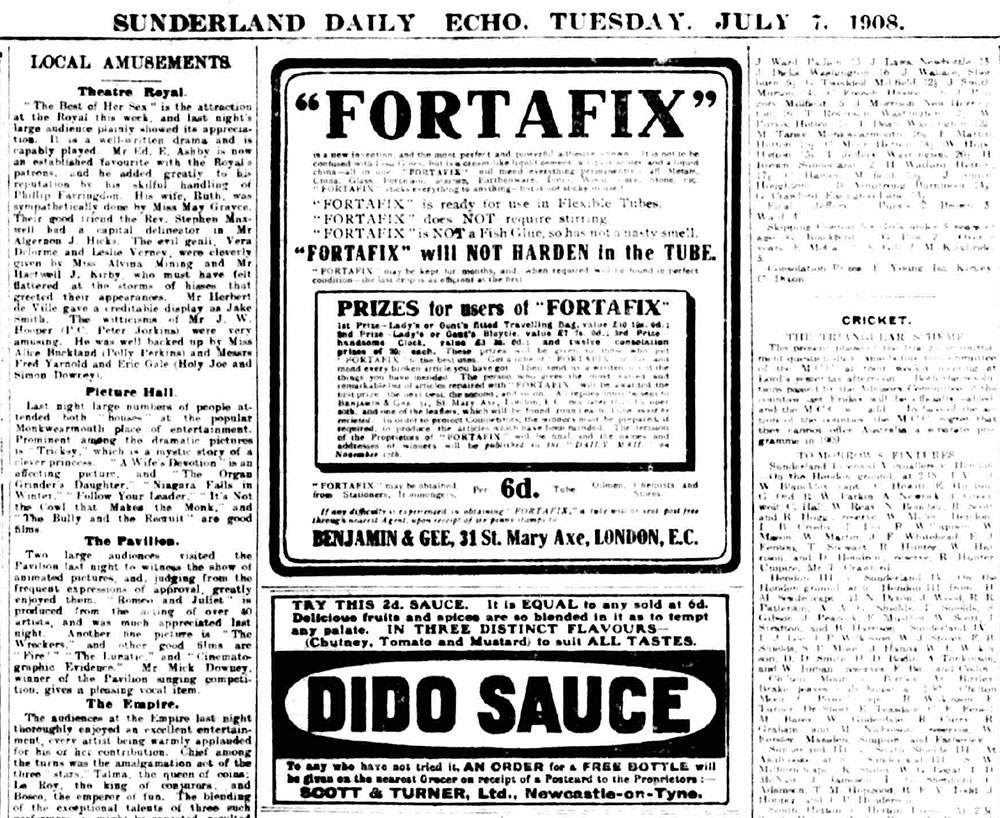 During the development of a graphic which outlines the history of Fortafix, researchers uncovered surprising evidence that the brand is more than 112 years old. Although now proudly owned by Minkon Ltd, Fortafix has changed hands a few times over the years and it was believed the brand dated back to the early 1950s. The discovery of some old newspaper adverts has shown that Fortafix was being widely distributed throughout the UK as far back as 1908. An advert from July of that year has proven to be a fascinating window into the past. Not only does it boast that Fortafix "doesn't smell of fish" (an interesting marketing angle) it also offers prizes to users who can come up with the longest list of items they have managed to fix using the adhesive. Prizes include a lady's travelling bag, a bicycle and a handsome clock. Mal Dodds, managing director, explains "We hope the competition was given a closing date. Frankly, we're all out of handsome clocks. More worryingly however is the guarantee that it won't harden in the tube." He continues, "I'm not sure what we'd do if somebody turned up at our offices with a receipt and a tube of 1908 Fortafix complaining it had finally gone hard!"